Mazanec is one of the oldest types of Czech ceremonial pastry. The oldest recipes of Mazanec come from the 15th and early 16th century. We like it today!

Make a Mazanec this year according to a great traditional recipe.

Dear customers, we would like to inform you that company Kornfeil spol. s r.o. currently manufactures all products and provides…

Where we will meet?

This year we will participate in several trade fairs. Will we meet on one of them? We look forward to.… 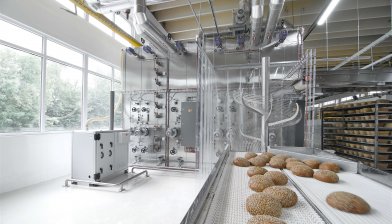 Consumer and artisan bread from one line

Just like buying a car or a new home, buying a new line is a crucial decision for a bakery,…